Any person shall be eligible for membership in The American Legion who was a member of the Army, Navy, Marine Corps, Coast Guard, Air Force, or the Space Force of the United States (this includes the Reserves, National Guard, & Merchant Marines) and assigned to duty at some time during any of the following periods:

The current eligibility period from is from December 1941 – Present, and includes the current war campaigns. All current active duty military are eligible for membership.

A NEW way to Renew your Membership:

Below is a QR Code to renew American Legion Memberships. It is simple to use: 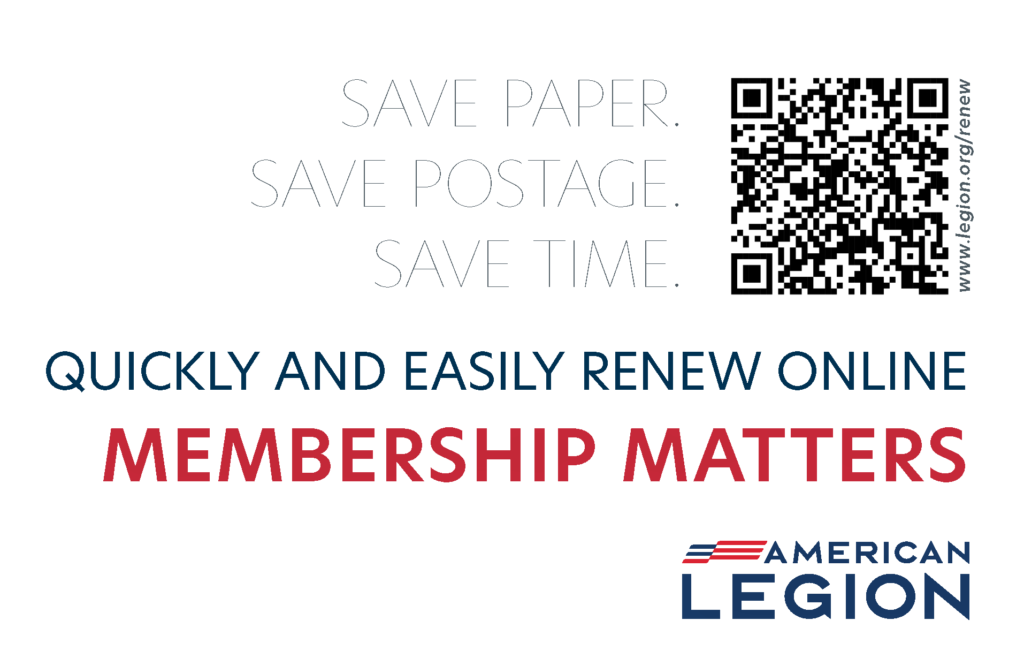 UNIFORM CODE FOR THE CONDUCT OF DISCIPLINARY PROCEEDINGS

ARTICLE I. COMPLAINT AND SUMMONS

Any appeal taken from a trial held within the jurisdiction of The American Legion, Department of Ohio shall be governed by these rules.