Charles is a 18 -year PUFL member of Brakeman-King Post 336 and earned his eligibility for the American Legion through his service in the United States Army from 1986-1991.

Charles is currently employed with the Henkel Corporation in Mentor, OH as the Distribution Manager where he is a member of the Site leadership team. Charles has worked for other companies in accounting and supply chain management such as Avery Dennison, Johnson & Johnson, and MSC Industrial.

Charles has a bachelor’s degree in accounting and an MBA in Business Administration from Cleveland State University.

Charles has been married to his Tammy, a member of Auxiliary Unit 336, for 33 years and resides in Concord, Ohio. They have one son Brandon a US Army veteran who served in Afghanistan, and three grandchildren Greyson, Leilani, and Journee.

Charles is supporter of the programs of the American Legion, and moreover he is a supporter of veterans, in everything he does he seeks to put veterans first. 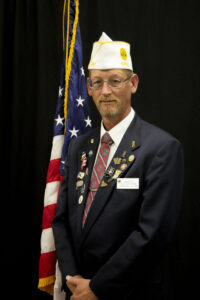 The First Vice Commander serves under the Commander of the Department of Ohio. His responsibilities include being Membership Committee Chairman, ensuring that the Legion message is heard by all veterans, and providing the overall mission for the membership year.

Jason earned his eligibility by service in United States Marine Corps Reserves from January 1994 through January 2000 and the Ohio Army National Guard from June 2005 to December 2019, upon retiring and served a tour in Iraq and Afghanistan.

He earned a Bachelor of Science Degree in Sport Marketing and Management. He also earned a Master’s in Business Administration.

Jason is married to Mindi Rue. 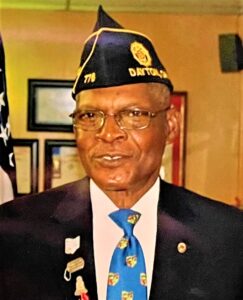 Arnold Whatley was appointed to serve 2022-2024, as the Department of Ohio 2nd Vice Commander by order of Executive Session decision on August 6th 2022.