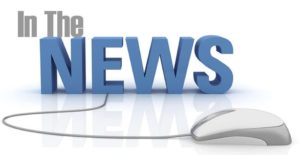 …Many American Legion posts are obliterated and veterans are left homeless after a 24-foot storm surge and flooding that extends as far north as Virginia. Restoration is expected to take several months, if not years. The disaster leads The American Legion to establish a reserve fund for relief, offering up to $1,500 for displaced veterans and up to $5,000 for posts that are damaged or destroyed. The reserve account is the genesis of what will become the National Emergency Fund, which is formally established 20 years later. Camille’s destructive force is illustrated by the fact that the flagstaff from Joe Graham American Legion Post 119 in Gulfport, Ala., is later found about 80 miles away, buried in mud near Hammond, La. American Legion Posts 5 and 111 in Tampa, Fla., which narrowly missed the hurricane’s path, fly more than 4,000 pounds of emergency supplies to Keesler Air Force Base in Biloxi, Miss., for the recovery effort. Legionnaires, gathered for the national convention in Atlanta, raise $61,000 on the spot for the relief fund.