The American Legion seeks to recognize well-rounded public service candidates who have exceeded about and beyond the expected duties of their position for public recognition. Post, County, District, and Department may recognize a Law Enforcement Officer of the Year, Firefighter of the Year, and Civilian Life Saver of the Year. The Department Law and Order Committees will judge nominations based on community service, professional career record, heroism, and will consider press articles and letters or recognition.

The Department Law and Order Committee strongly encourages every Post and District to recognize a (1) Law Enforcement Officer of the Year, (2) Firefighter of the Year, and (3) Civilian Lifesaver of the Year for a record of commendable service. Districts must submit their nominee’s packet to Department HQ no later than noon on September 15.

If you have any questions, you may contact your District Law and Order Chairman or Scott Palider, Program Coordinator at 740-816-7579 or by email at spalider@ohiolegion.com

To select and honorably recognize well-rounded candidates who have exceeded above and beyond their position’s expected duties.

Annually, each District may nominate one Law Enforcement Officer, Firefighter, and Civilian Life Saver, with the attached nomination form and guidelines.

A nominee is eligible to receive an award posthumously if the death in the line of duty occurred between July 1st and April 1st.

The following point system shall be used by the Department Law and Order Committee to judge the nomination package of any Law Enforcement, Firefighter, or Civilian Life Saver.

Operation Comfort Warriors is a program dedicated to meeting the needs of wounded, injured or ill military personnel by providing them with comfort items not usually supplied by the government.

The American Legion is committed to achieving a full accounting of all POW/MIAs from the Gulf Wars, Vietnam War, Cold War, Korean War and World War II. 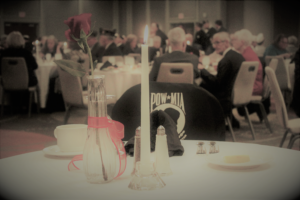 Resolution 288, adopted at the 67th American Legion National Convention, calls for designating a POW/MIA Empty Chair at all official meetings of The American Legion as a physical symbol of the thousands of American POW/MIAs still unaccounted for from all wars and conflicts involving the United States.